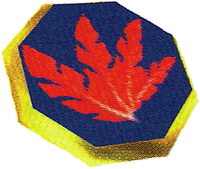 Artwork of a Flight Pad from Banjo-Kazooie.

“Kazooie can take to the air by standing on a Flying Disc, then pressing

Flight Pads,[1][2][3] also known as Flying Pads,[4] and formerly as Flying Discs, are blue pads that allow Kazooie to fly.

In Banjo-Kazooie, a Flight Pad is first found in Treasure Trove Cove, where Bottles teaches Kazooie how to fly. Once Kazooie has learned the ability, she and Banjo can take off from a Flight Pad if the player presses

while the duo are standing on one. They appear in nearly every world except Spiral Mountain, Mumbo's Mountain and Bubblegloop Swamp. There is one Flight Pad in Clanker's Cavern, three in Freezeezy Peak, two in Mad Monster Mansion, and one in Rusty Bucket Bay.

Lastly, there is a Flight Pad on the Winkybunion Tower that Banjo and Kazooie must use during the final battle against Gruntilda. Because the area requires all 100 Jiggies in order to enter and since only 90 of them can be obtained without Flight, it is the only Flight Pad to appear in an area that cannot be accessed unless Kazooie has learned Flight.

In Banjo-Tooie, Flight Pads return and function much like they did in the previous game. They are found in every world, with the only exceptions being the Isle O' Hags, Glitter Gulch Mine, Jolly Roger's Lagoon and Cauldron Keep.

In Banjo-Kazooie: Nuts & Bolts, a Flight Pad can be seen in the menu, inside Banjo's House. Another one is also found inside the box given by the Lord of Games to Kazooie at the ending, where she asks for her old abilities back.