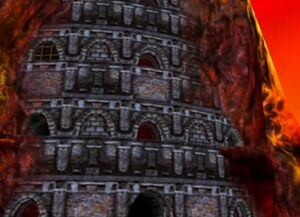 The Colosseum Kickball Tournament is an event that takes place within the Fire Side of Hailfire Peaks in Banjo-Tooie. Banjo and Kazooie can only participate while transformed into a Stony, as only that way they can understand the other Stonies.