In 2008, Banjo-Kazooie was ported to the Xbox Live Arcade, where it received updated textures, a newly implemented Stop 'n' Swop feature, and additional minor changes. In the September 2021 Nintendo Direct, Banjo-Kazooie has been revealed as one of the games planned for future inclusion on Nintendo Switch Online service, marking its first re-release on a Nintendo console. 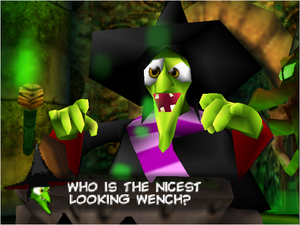 The evil witch of Spiral Mountain, Gruntilda, is inside her lair, asking her cauldron Dingpot questions about who is the 'nicest and fairest of them all', to which Dingpot reluctantly answers, "Why it's Grunty, any day, she really takes my breath away." She gloats over her "beauty," until Dingpot finally breaks his 'silence' and tells the witch that Tooty, another inhabitant of Spiral Mountain, is actually the prettiest and the fairest of them all. Grunty reacts angrily and decides to kidnap Tooty in order to steal her beauty. She grabs her broom and sets off immediately. 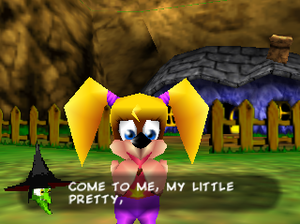 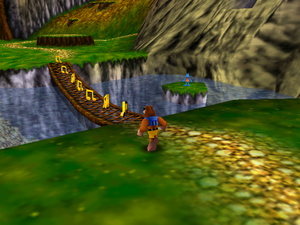 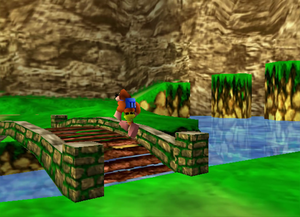 Banjo-Kazooie started development in the mid-1990s as a completely different game for the Super Nintendo, Dream: Land of Giants. Most details regarding the game's development were unknown until 2015, when Rare discussed the game in their Rare Revealed series, "A Rare Look at Dream."[2] and "Five Things You Didn't Know About Banjo-Kazooie."[3] An unlockable video on Rare Replay named "Dreaming of Banjo" also revealed more information about the game's development.[4]