Banjo and Kazooie's appearance are based on that from Banjo-Kazooie and Banjo-Tooie. Their moveset is taken from their abilities from said games, including Egg Firing (front and back), Talon Trot, Breegull Bash, Beak Barge, Shock Spring Jump, and Wonderwing. They are capable of shooting Blue Eggs from front or a Grenade Egg from the back. Their Final Smash involves them summoning The Mighty Jinjonator and other Jinjos from the tower, and the Jinjonator rapidly strikes the opponent numerous times. The trailer shows K. Rool being struck, falling off a cliff, into the ground, and then a rock falls on him (just like Gruntilda in the ending for Banjo-Kazooie). 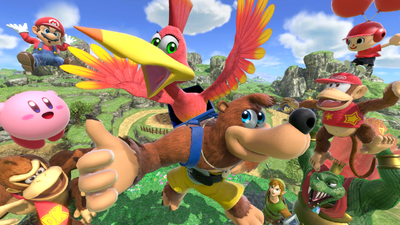 Banjo & Kazooie's Classic Mode route is titled "Perfect Partners," and it pits them against fighters that work as a team. 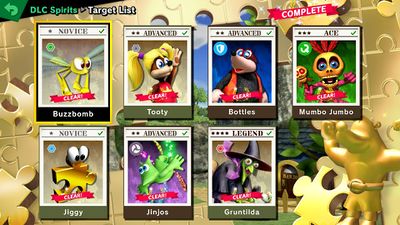