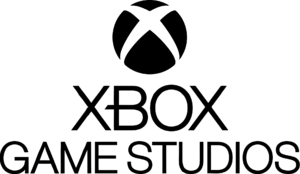 Microsoft is an American technology company that produces Windows computers and the Xbox line of consoles. Their gaming division is known as Xbox Game Studios (previously Microsoft Games, Microsoft Game Studios, and then Microsoft Studios). Since 2002, Rare has been a first-party developer for Microsoft (after the acquisition from Nintendo), and their franchises, including Banjo-Kazooie, only had home console releases on Xbox consoles, mostly Xbox 360.

The origins of Microsoft can be traced back to 1972 when Bill Gates and Paul Allen founded Traf-O-Data, which primarily developed computers meant to calculate and interpret raw data collected by traffic counters and cameras. In 1975, the two developed and pitch a BASIC interpreter for the Altair 8800 microcomputer. Micro Instrumentation and Telemetry Systems (MITS) agreed to sell the interpreter, now called Altair BASIC. Gates and Allen would shut down Traf-O-Data and establish Microsoft around this time. The company would become a leader in the technology industry, with operating systems like Xenix and MS-DOS, and later Windows, as well as the Microsoft Office Suite, the Internet Explorer web browser, the MSX line of personal computers, and the Bing search engine.

In 2001, Microsoft officially entered the video game console industry with the Xbox. Microsoft was looking to purchase development studios to work for them, with Rare Ltd. being one of them. On September 24, 2002, Microsoft bought a 51% stake in Rare and acquired the remaining 49% from Nintendo, officially making Rare a first party developer. While under Microsoft, Rare developed titles like Grabbed by the Ghoulies and Conker: Live & Reloaded for Xbox, Kameo: Elements of Power, Viva Piñata and Banjo-Kazooie: Nuts & Bolts for Xbox 360, the Kinect Sports series for kinect, and Sea of Thieves for Xbox One and PC. They would also rerelease the Nintendo 64 Banjo-Kazooie games on Xbox Live Arcade, and rerelease them again in the Rare Replay Collection.

Microsoft continues to sell Windows, Microsoft Edge and the Office Suite along with the Xbox line, as well as other hardware like the Windows phone and Surface series of portable Laptops and tablets, and more experimental products like Azure and Hololens. Microsoft has become synonymous with the technology industry. When someone says "PC," they usually mean Windows, as it the most widely available operating system with versions of software meant for it often taking priority.